Blog
Anatomage / Blog / How does 3D cardiac simulation enhance the understanding of cardiovascular anatomy?
May 26

How does 3D cardiac simulation enhance the understanding of cardiovascular anatomy?

Every year, 1 in 4 people die from heart disease. With cardiovascular disease continuing to be the leading death cause in the United States – and the rest of the world – cardiac care inspires innovation in technology development. Many innovations are made to better the understanding of the heart.

Amidst the advancements, cardiac simulation plays a special role. Let’s take a look at how simulation can simplify the anatomical and physiological complexity of the heart.

As one of the most complex organs, the heart’s internal anatomical and physiological activities operate through its electrical mechanism. With that said, being able to conceptualize the heart’s electrical system is critical to understanding cardiac pathophysiology. And simulation allows for such conceptualization.

The sinoatrial (SA) node – which is located in the right atrium of the heart – is responsible for generating the electrical stimulus. In the video, the SA node is noted in yellow color. Once the node sends out the electrical signals through the muscle cells, the upper atria begin to contract. Noted by the purple circle, the atria then pump blood into the ventricles. When the electrical impulse travels to the atrioventricular (VA) node, it will be shown down to give time for the ventricles to receive the blood. Once the ventricles begin to contract, the right ventricle carries blood to the lung and the left brings blood to the rest of the body. Then the SA node sends another signal to repeat the cycle. Normally, a heart beats 60 to 100 beats per minute.

Simulation of spatial relations of the heart anatomy

The college set up a learning environment consisting of four stations: 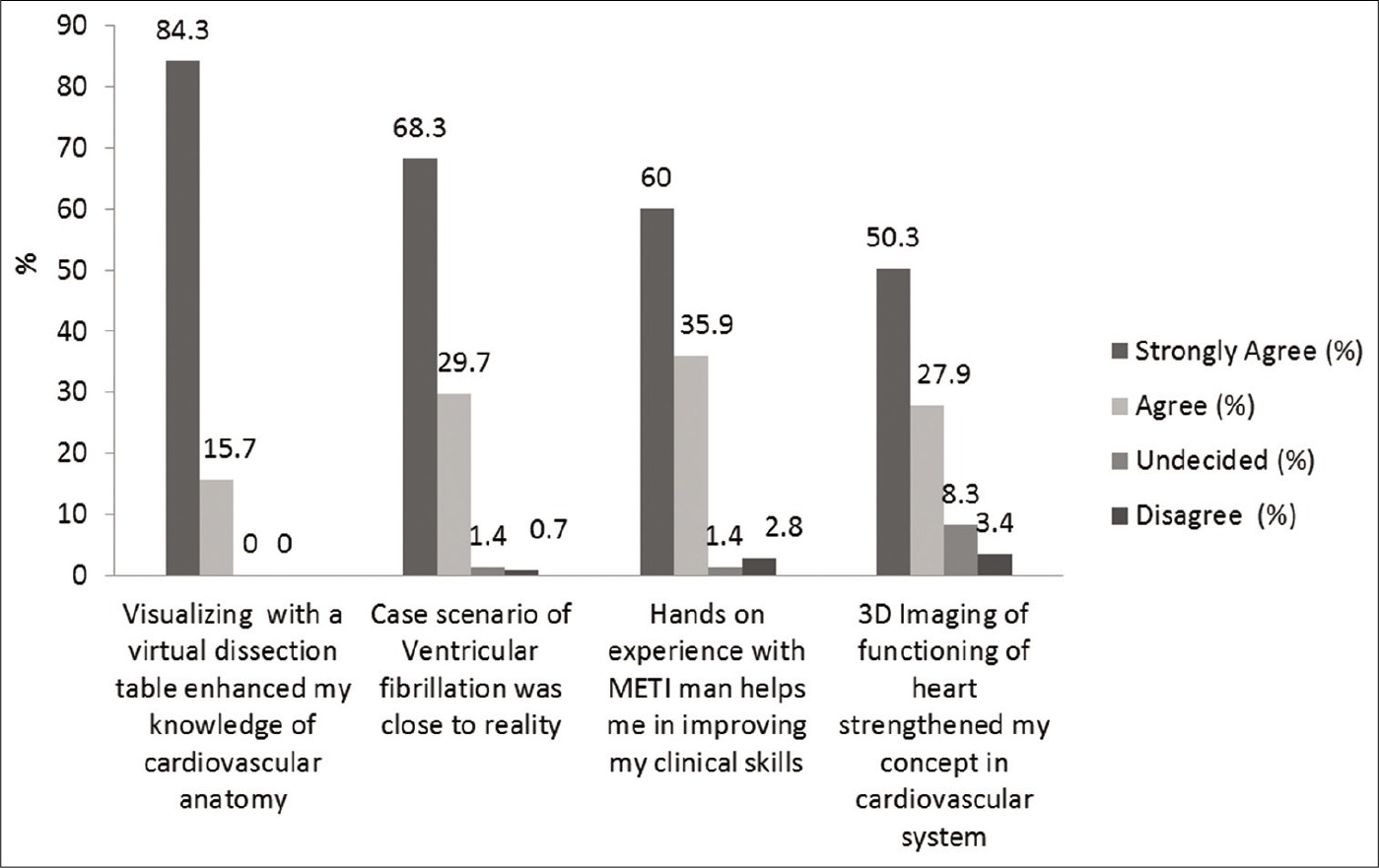 After completing the learning module involving interacting with these four stations, 84.3% of the students strongly agreed that the use of the Anatomage Table improved their understanding of cardiovascular anatomy. For instance, students could perform layer-by-layer dissection and photo-realistically visualized the spatial relations of internal anatomy structures in various viewing 3D planes on the Table.

Providing 3D visualization for the cardiac cycle and spatial relations of cardiac structures are just a few of what cardiac simulation technology can bring to cardiovascular anatomy teaching.